W39.log: The Danish Chair, New World and How to Influence People 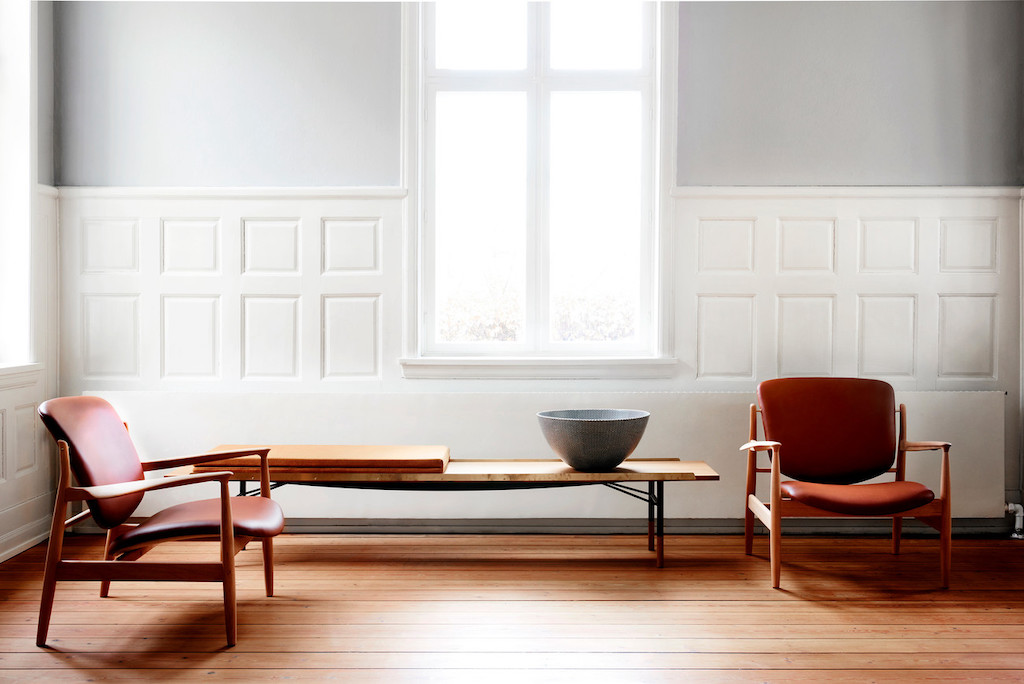 I read while lying on my bed and as you can guess most of the time, I sleep after reading 30 minutes. To prevent that before moving to my new flat, I decided to buy a chair and decided to go with IKEA’s POÄNG chair. I used this chair for some time but I realized that sitting very long on this chair hurts my back. So, I kept reading on my bed.

After some time, I realized that I read less than I want in the last few years so I decided to buy a new chair for reading. After my friend’s suggestion, I decided to buy EKENÄSET armchair that has a beautiful Scandinavian design (I love it!) and is very comfortable for long reading sessions.

My friend told me that the chair is designed for the American market in the late 1950s by Finn Juhl and became an iconic chair. When you search for the Danish Chair, you will see different versions of the chair from different brands. Seems like IKEA just copied the design and created their version. I am glad they did because the original one costs around 3.000€ while the IKEA version costs only 150€.

A lot of tech editors are still talking about iPhone 13 and its camera(s). Seems like everybody is surprised about its capabilities especially while taking macro pictures. One of the interesting pieces came from an interview with the VPs of iPhone’s camera hardware and software. Seems like Apple designed iPhone 13’s camera 3 years ago. This is amazing to hear because most people think that Apple is currently working on the new iPhone. That is wrong! They are currently working on the iPhone that is going to be released after 2 or 3 years.

There is another interview with the same people on The Stalman Podcast and if you also would like to listen more about iPhone’s camera capabilities, you can also listen to the podcast episode from my favorite tech editor John Gruber.

How to Influence People

On one of my podcast episodes (in Turkish), I invited two team managers, one from Shopify and one from Facebook to talk about how they are managing their team, doing performance reviews, promoting people, and so on. At the end of the episode, I asked them if they have any book recommendations for the listeners. Interestingly, even though they do not know each other, both of them suggested the book called How to Win Friends and Influence People.

When I searched the book on Amazon, I saw that the Kindle version of it costs only 0,28€. I bought it immediately and just a few days ago, I finished reading the book on my new chair. The book was amazing. It is written in 1936 but you can use everything in the book today. I am really surprised about the techniques in the book because they are super simple to apply to your life. You can see examples from the historical figures like Abraham Lincoln but also from the salespeople and business owners about how they were influencing people in their life by using those technics. It is a must-read!

There is a new game in the neighborhood. It is an MMORPG from Amazon, New World. It is released on Tuesday and you can buy it for 40€ on Steam.

I like MMORPG games. I first started to play MMORPG with Knight Online in 2007 because you had to pay to play World of Warcraft. When Blizzard released WoW Classic, I started to play it (because I can afford it now) and I realized how much I like to play MMORPG. The problem with WoW Classic was that it was very old game and it was too complex for me to learn everything in the game so I stopped playing it.

When New World is released I wanted to play it because it was new so it is going to be easy to learn. After playing for 30 hours, I can easily say that the game is amazing. I enjoyed the time that I spent. Like every other MMORPG, you can do whatever you want. You can play the main story, or do the side quests or the faction quests or help to complete the town hall projects or just go outside and master your mining, harvesting, or skinning skills.

The graphics of the game also look nice and I guess I am going to need to buy a new graphic card to play in high graphics. I am planning to spend more time on this game and maybe I can write a review after playing more than 100 hours. Let me know if you would like to play together, I play in Eurytheia server in EU Region.